Samsung has announced a new 4K UHD creator-focused monitor that says it delivers accurate colors along with high resolution. It also features a matte display that the company says helps reduce reflections.

Samsung positions the monitor as a fit for graphic designers, content creators, and general professionals. The ViewFinity S8 is described as “specialized” by creative professionals and Samsung promises it reaches up to 98% of the DCI-P3 color gamut in 4K UHD. In addition to the aforementioned matte display, the monitor also has what Samsung describes as an “ergonomic design” that offers a more comfortable user experience during extended use.

This ergonomic design is achieved by a monitor stand that supports multiple adjustment heights and angles. It not only goes up and down, but tilts and swivels at degrees that look to be more than the typical stock stand usually can accommodate. 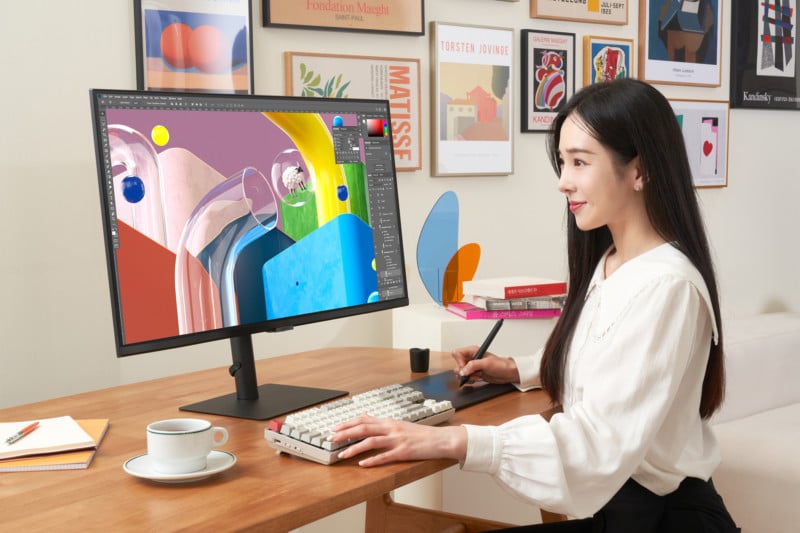 The company says that monitors like this typically require a hood to prevent glare and reflections, but that the matte material used for the panel removes that requirement. The company says this allows users to freely adjust the screen to either portrait or landscape orientation. The monitor has also achieved the world’s first UL verified Glare-Free rating — UL, LLC is a global safety certification company operating the standards for safety, security, and sustainability.

Samsung says that the monitor is VESA HDR 600 certified allowing it to show better contrast through brighter highlights and darker shadows. It also features an Adaptive Picture, which automatically can adjust the monitor’s brightness and color temperature for “optical picture quality” and has an Eye Saver Mode that Samsung says reduces blue light and makes it easier to use the monitor for extended periods. The ViewFinity S8 also is described as “flicker-free” which also contributes to reduced eye strain. 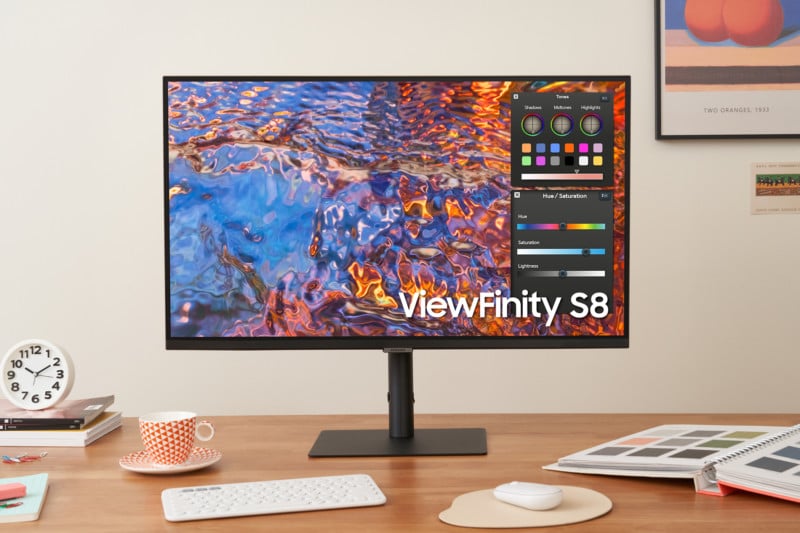 The Viewfinity S8 can be driven by a single USB-C cable that can connect to a laptop and drive up to 90W of power. Samsung positions it as not just a monitor, but also a dock that facilitates up to 10Gbps transfers and also supports Ethernet. In total, the monitor has one Display Port, one HDMI port, one USB-C port, and serves as a USB 3.0 hub.

Samsung says the monitor uses a newly-developed material that is made with repurposed ocean-bound plastics that it says reduces marine waste and minimizes its environmental footprint. Additionally, Samsung’s Eco Savings Plus technology also reduces pixel brightness in sections of an image with black pixels for up to a 10% reduction in power consumption. 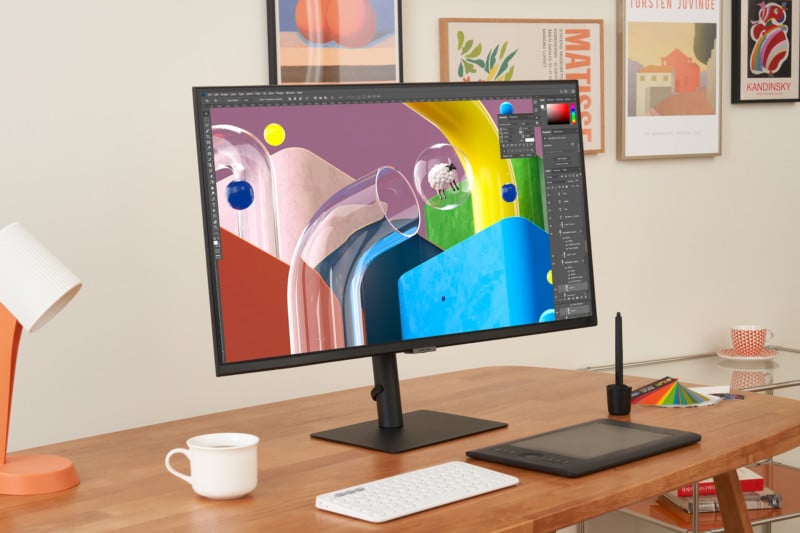 The Samsung ViewFinity S8 IPS monitor is available in either 32-inch or 27-inch variants, and while a price was not specifically released for Western markets, DPReview notes that the larger display is listed for 820,000 won (about $635) and 720,000 won (about $560) for the smaller option. The company expects both sizes to be available globally by the end of June.